From the 1895 quality dampers

A story, an art, a family tradition, ours, which begins in the distant 1895 when our great-grandfather Giovanni Greppi opens his carpentry workshop in Milan, in via Melloni, where he dedicates himself to the production of gates and products in iron in general.

Later also our grandfather Giovanni Antonio Greppi follows in the footsteps of his father moving the company's headquarters in via Tiraboschi.

They are now the 80 years when our father, Raffaele Greppi, is the head of the company and moves production to San Giuliano Milanese.

Following come years very important and decisive because Dad, thanks to trips and fairs makes the company Greppi known to the whole world.

Its shutters, its rolling shutters, its gates, are used and appreciated not only by private individuals, but also by architects and design firms who use them for the closure and protection of shops, shopping centers, banks and boutiques.

Today we are, daughters of Raffaele, who every day with commitment and passion, we are here, in via Lattuada, to carry on a history, an art, a family tradition. 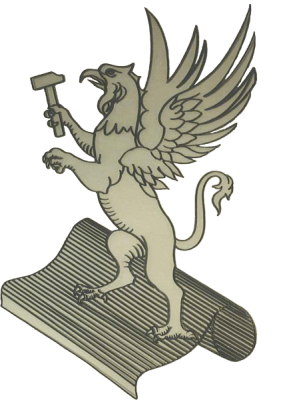 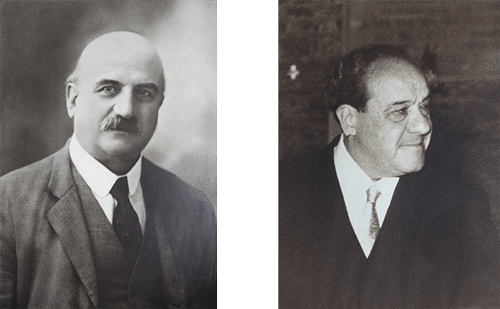 "Their passion, our history."

Browse our collection of old brochures and catalogs. 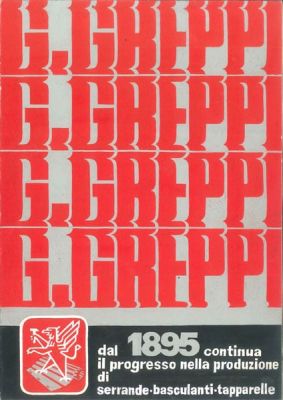 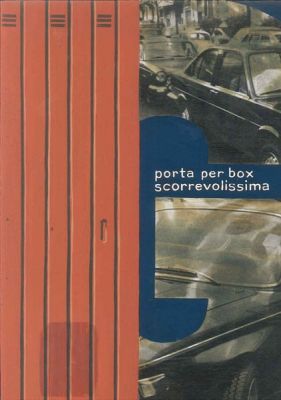 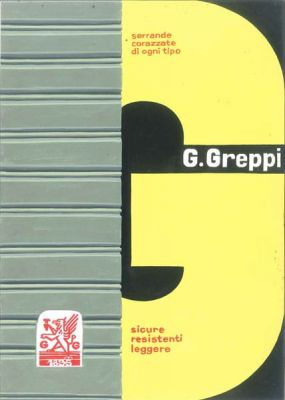 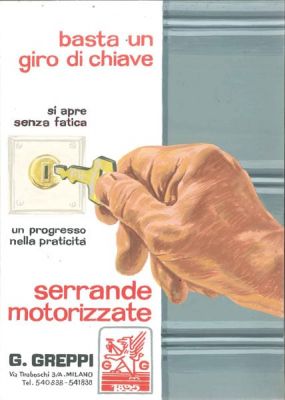 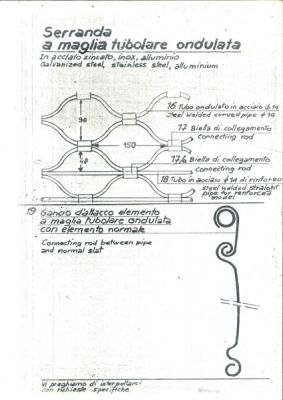 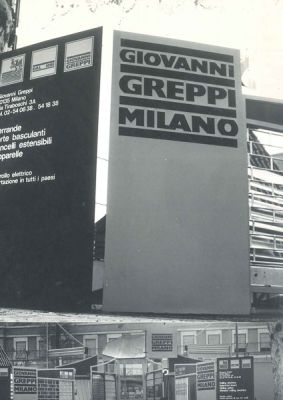 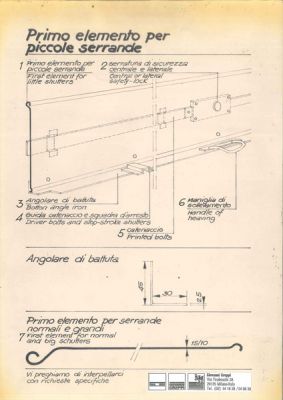 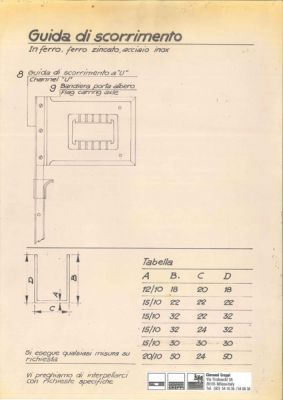 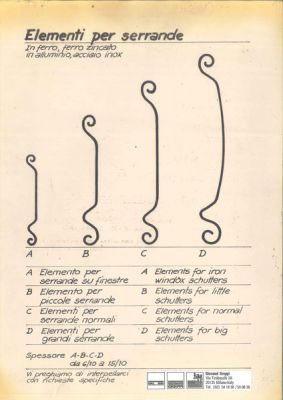 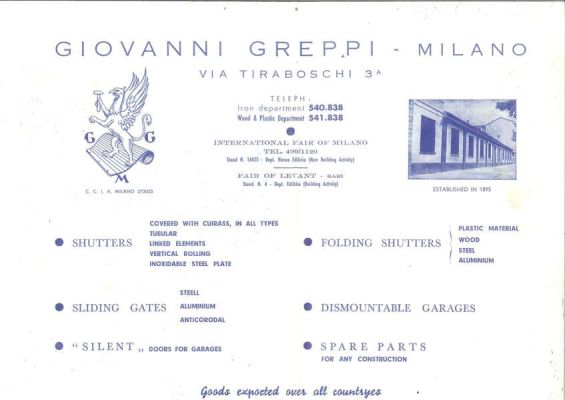 Some of our historical photos 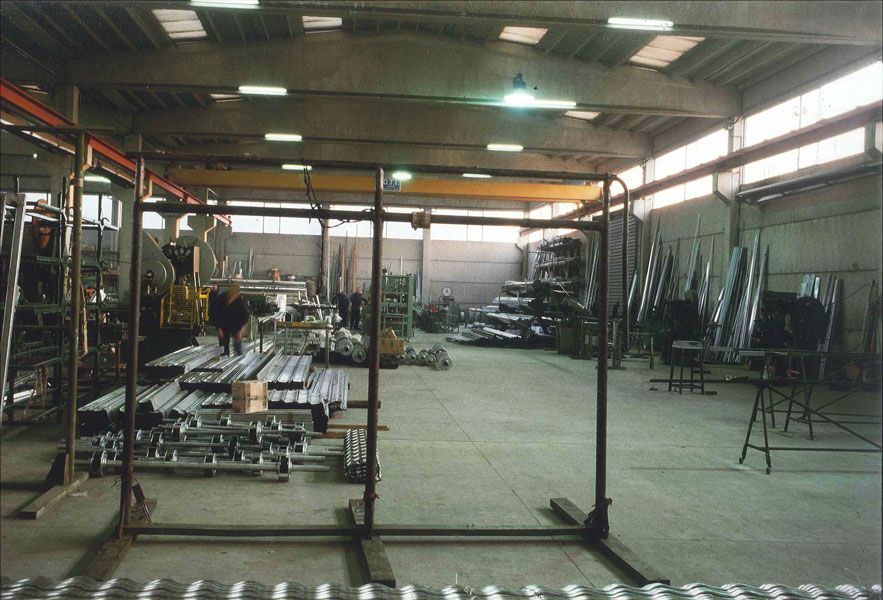 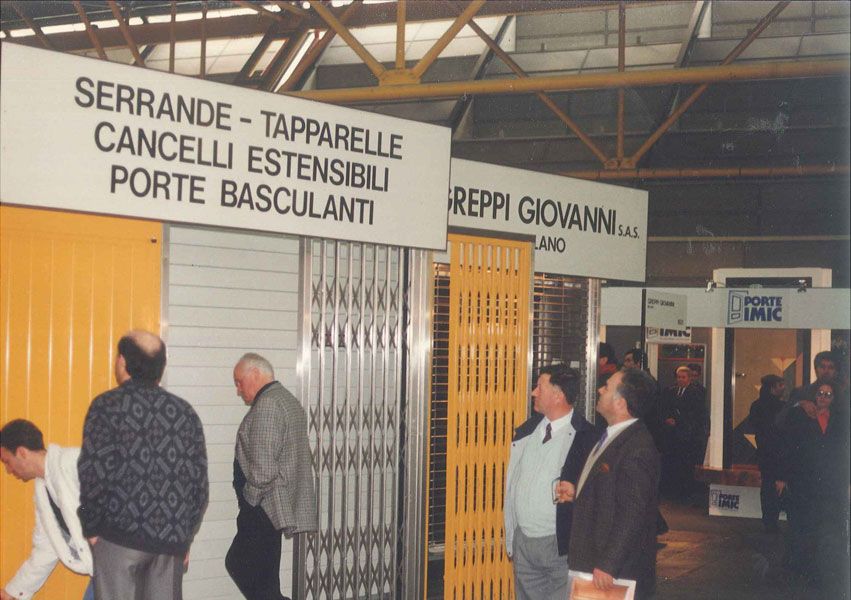 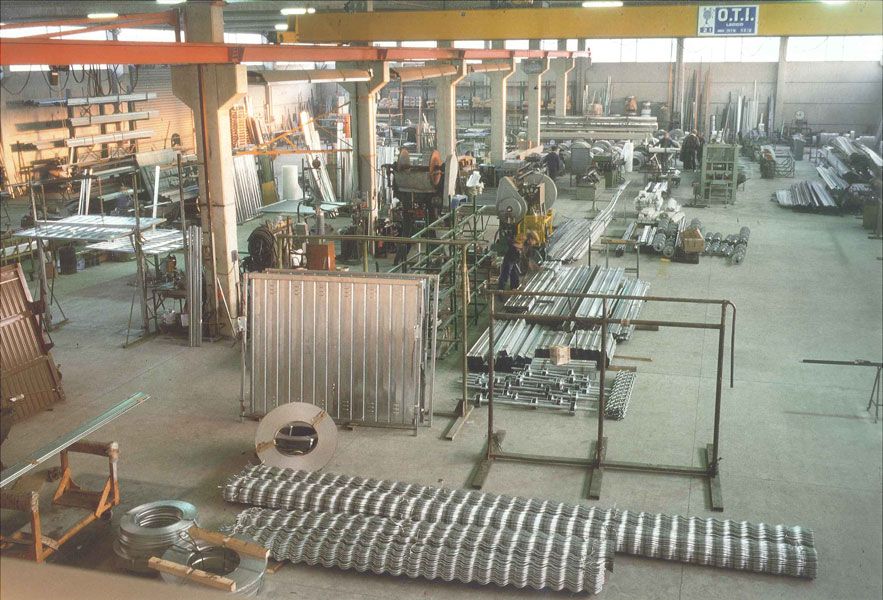 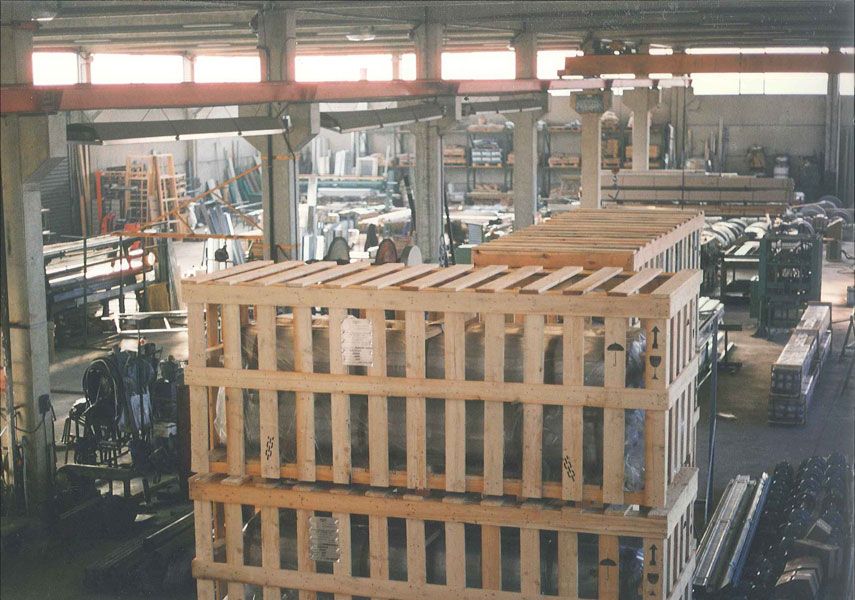 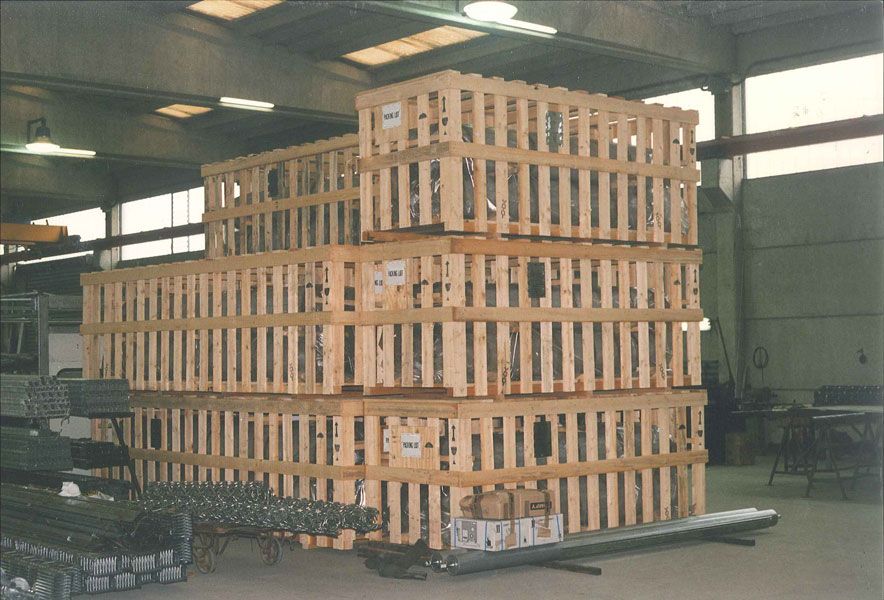 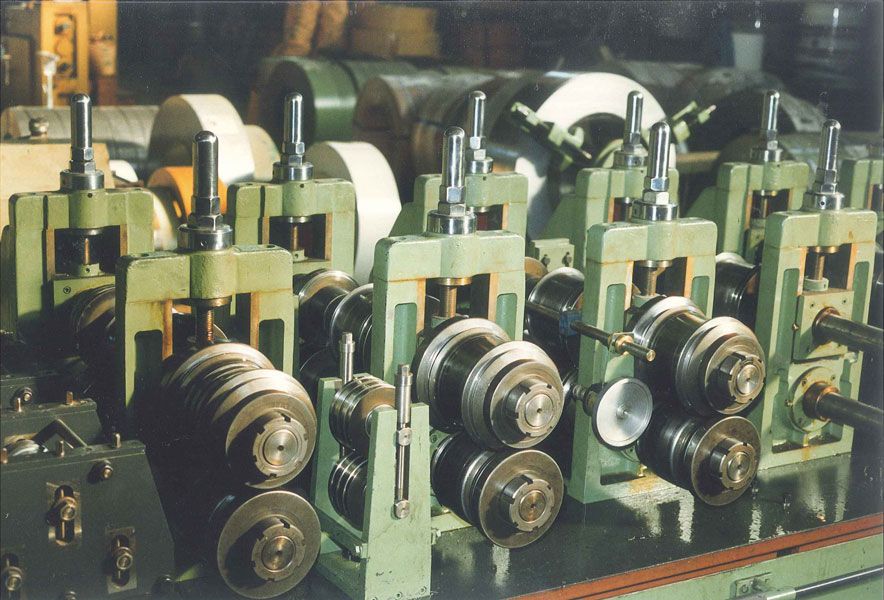 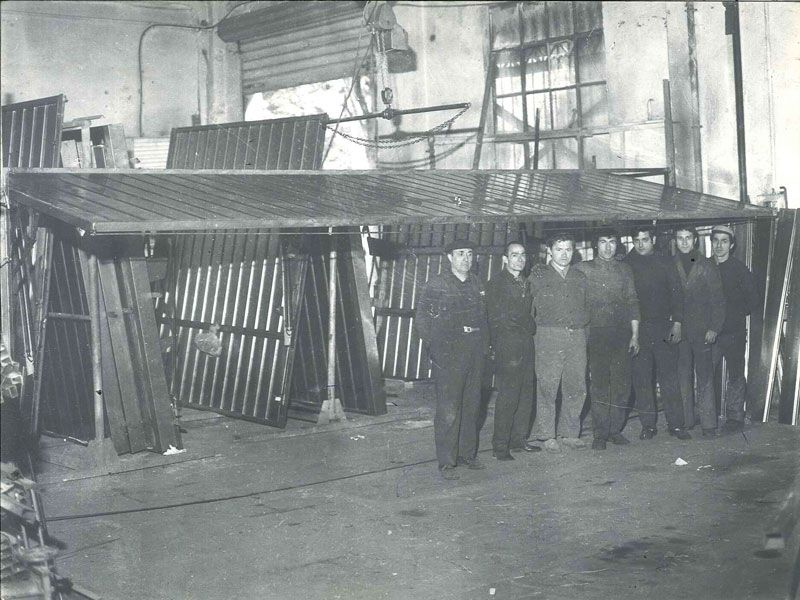 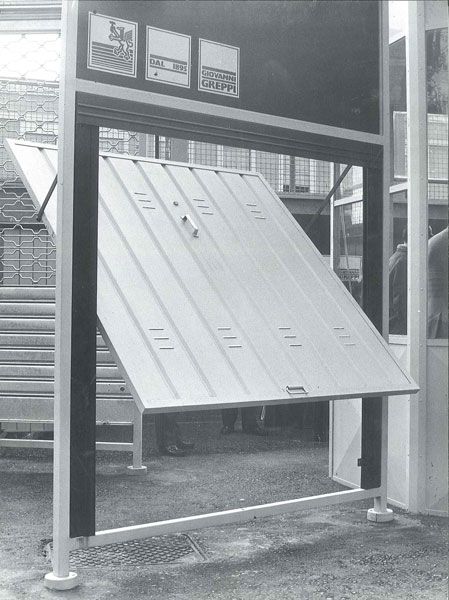 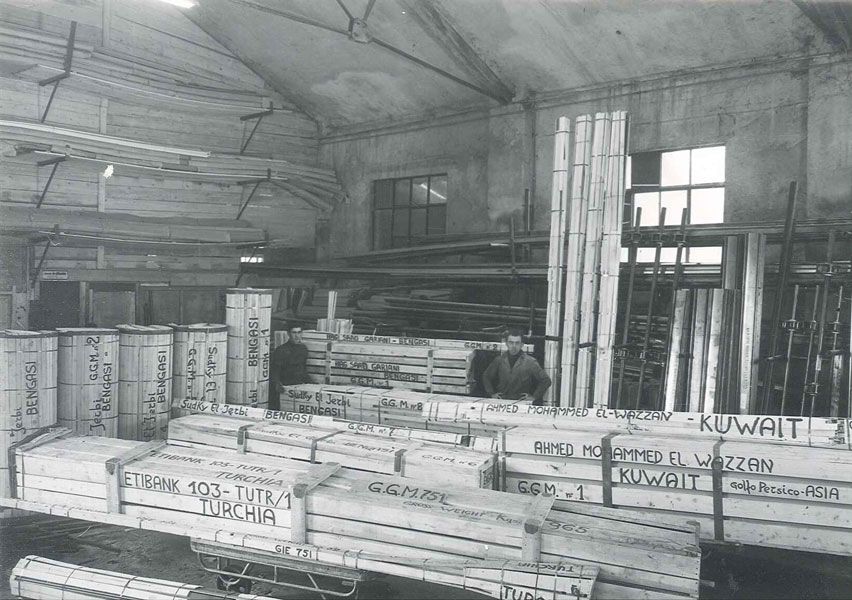 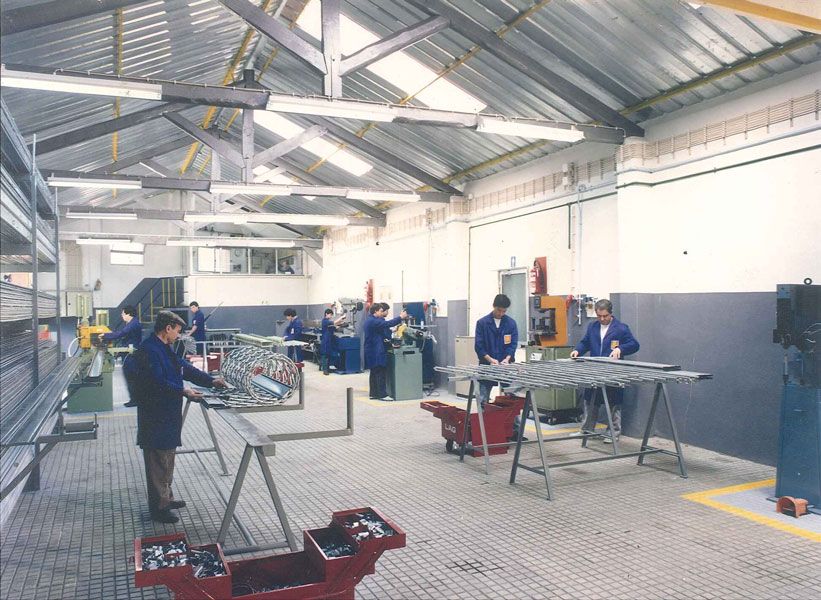 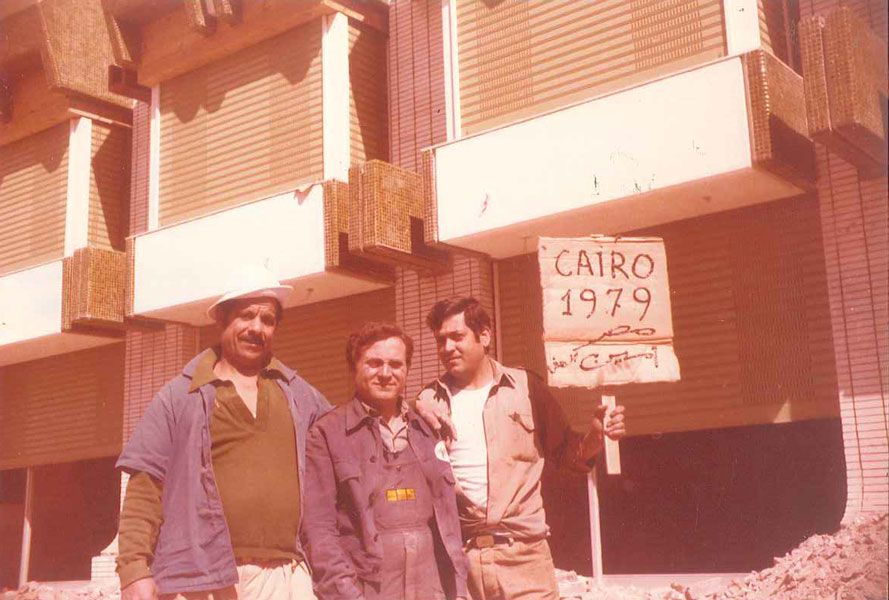 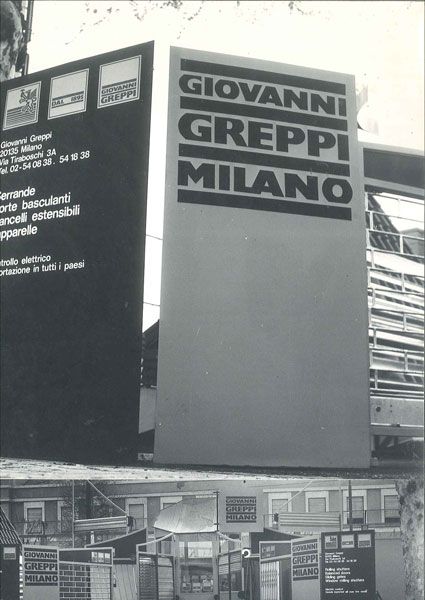